During an interview with Bill Simmons on Friday, NBA Commissioner Adam Silver painted a dark picture when describing the psychological state of an unknown number of the league’s players 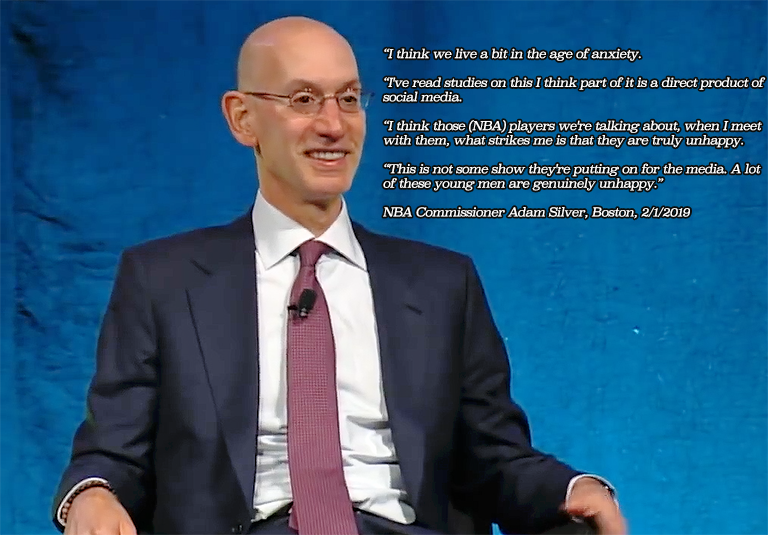 While appearing at the Sloan Analytics Conference in Boston, Silver said that he found NBA players – in his private interactions with them – to be “genuinely” and “truly” unhappy.

Silver also presented the possibility that social media, which has been key to the NBA’s recent surge in popularity, is “part of” what has led to the dark mood of the league’s players.

Crucially, when Silver related what he claimed was the unhappiness of NBA players of whom he had met with personally, he gave no indication how many players that entailed.

Silver’s remarks can been seen in the video below:

While understandable that Silver might not have provided an exact number of “unhappy” players, not even offering a ballpark figure removed much of the weight from what would have otherwise been a rousing condemnation of Twitter, Instagram and Facebook.

The only thing stranger than Silver attempting to paint NBA players as victims of a  social media that provides them a wide array benefits – financial and otherwise – is the media going along with it.