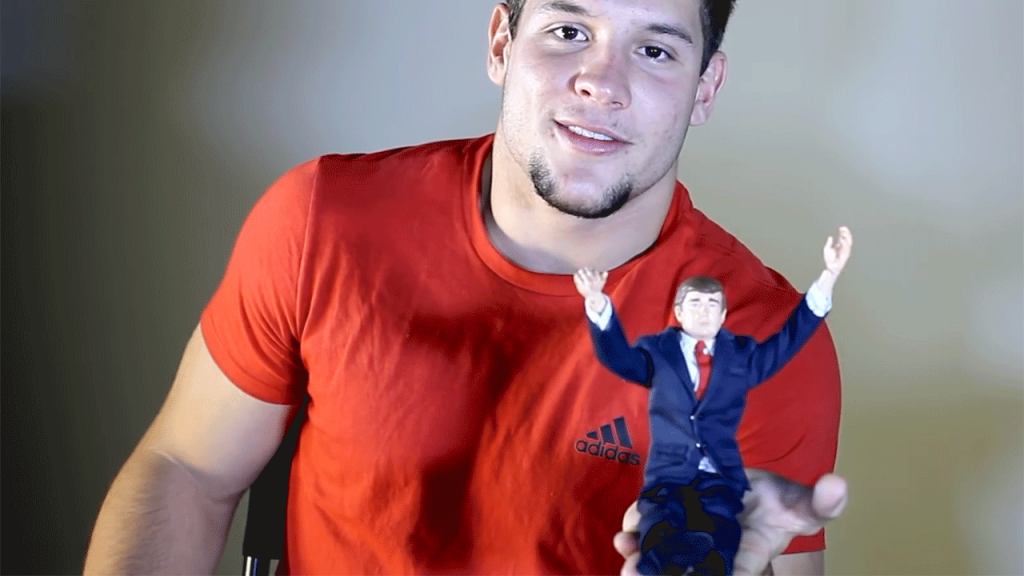 During the 2016 interview, an excerpt of which can be seen below, Channe asked Bosa, “You are a fan of Donald Trump. Right?“

“He brings a charisma to the table that (sic) no other candidates I’ve seen in my lifetime.

“I think we need change.“

Later in the interview video Bosa is seen holding a Donald Trump doll while saying, “This is Nick Bosa here with Donald Trump and you’re watching VIP TV.“

In an interview released by ESPN this week, Bosa told Kevin Falkenberg he had abandoned his public support of Trump because, “he had to.”

Last year he seemed to delight in posting political takes, including his support for President Trump, on Twitter and needling dissenters. (He also caused a minor social media stir by criticizing Beyonce, Black Panther and Colin Kaepernick, all eventually deleted.) As the combine drew near, though, his online behavior grew increasingly bland. I asked why he seemed to abandon something he had previously embraced.

Why, “the chance I might end up in San Francisco,” was a reason to deny public support to the President of the United States was not made clear by Bosa in the article.