SOURCES: BEADLE PROBABLY OUT AT ESPN – LANDING SPOT AT ABC?

Last month SportsbyBrooks.com broke the news that longtime ESPN on-air talent Michelle Beadle would not return as host of the network’s NBA Countdown show next season. 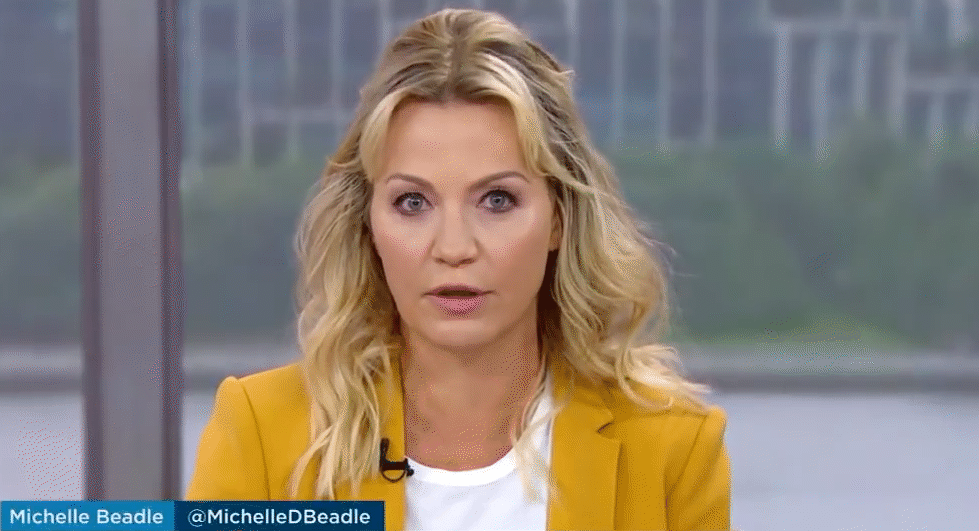 Michelle Beadle: Probably Will Not Return To ESPN – Will She Land At ABC?

Now, it seems, Beadle may not be returning to ESPN at all.

SportsbyBrooks.com has learned from multiple sources that Beadle will probably no longer appear on ESPN on a regular basis and that the company has been contemplating possibly moving her to ABC.

If Beadle does not return to an on-air role at ESPN, in addition to issues recently documented by Andrew Marchand of the NEW YORK POST, SportsbyBrooks.com has learned from multiple sources that statements Beadle made during an August 23, 2018, episode of ESPN’s Get Up! in which she admitted she had stopped watching the NFL and college football will have also played a role in ESPN’s decision to move on.

Below is an excerpt of the aforementioned comments made by Beadle along with accompanying video.

“… this will be the second season I don’t watch NFL and I don’t spend my Saturdays watching college football either.

“I believe that the sport of football has set itself up to be in a position where it shows itself in the bigger picture to not really care about women.

“They don’t really care about people of color, but we won’t get into that for NFL either – but as a woman I feel like a person who has been marginalized.

“I realize that they don’t care, but for me it’s opened up my weekends. I appreciate you for giving that to me.

“I don’t care anymore. I’ve lost the ability to be surprised.

“They (Ohio State University) could’ve gotten away with not having to pay you a single dime. You survived it.

“And not only did you survive it but you didn’t have the grace enough to at least look over the statement that you were handed seven seconds before and pretend that you meant a single word in it.

“The entire thing is a disgrace. I’m just numb to it.

“I’m just ready for NBA to kick off, quite frankly. That’s what I’m here for.“

The day after Beadle’s August, 2018, admission on ESPN that she no longer watched the NFL and college football, SPORTS ILLUSTRATED’s Jimmy Traina, who had earlier documented Beadle’s remarks, reported, “ESPN announced Beadle was leaving Get Up to do more NBA work and that Get Up was getting cut from three hours to two.”

The “NBA work” that Traina referred to at the time eventually turned into hosting NBA Countdown last season.