SHOULD WOMEN ASPIRE TO BE WHAT THEY SEE ON SPORTS TV?

Unlike too many other places today, young women in the United States are assured by adults – and by what they see, hear and read in the media – that they are the intellectual equals of men and that if qualified for a job they will be given the same consideration, under law, as a man. 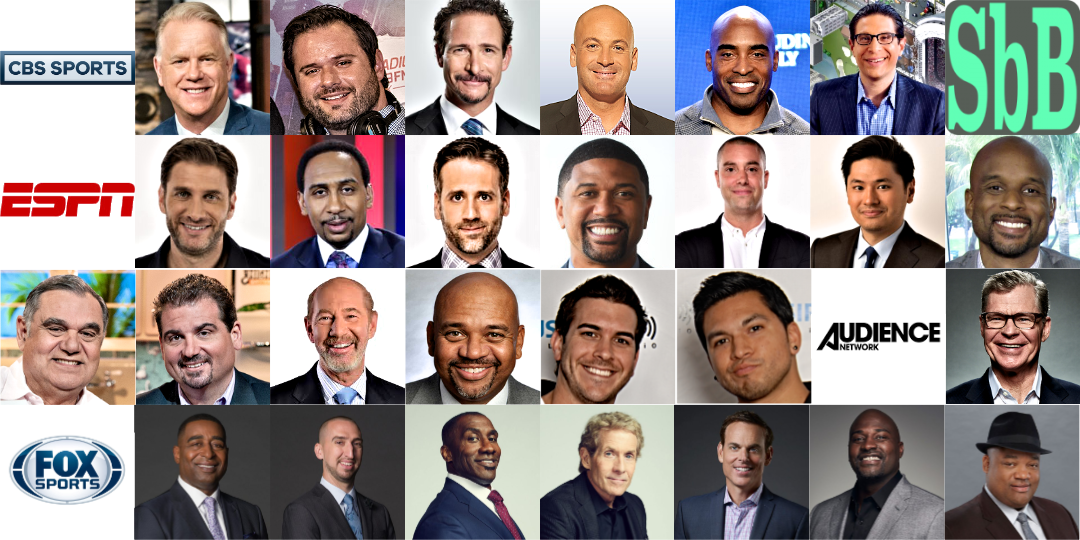 Of The 27 General Sports Talkshow Hosts On National Television Weekdays, Zero Are Women

While women have made substantial progress in their quest for equal opportunity with men, there remains certain high-profile occupations in the United States to which females need not apply.

One such male domain – based on hiring statistics – is the daily, general sports television talkshow host.

Below is an accounting of the 27 lead host positions on the 16 general sports talkshows seen weekdays on the CBS Sports Network, ESPN, the Audience Network, and FS1 (Fox Sports).

As you can see for yourself, all 27 lead host positions are manned by men, with 21 of those hosts having never played or coached professional sports.

Any chance that such a dramatic demographic trend is a coincidence goes out the window when one considers:

A) Women sometimes fill-in as guest hosts on the aforementioned shows.
B) Four of the above shows do include fulltime female on-air contributors, all of whom play distinctly secondary on-air roles to the male lead hosts.
C) Of the 16 shows listed – some of which have aired for nearly two decades – a woman has never served as fulltime lead host on any of them.

That the 16 highest-profile daily shows that originate on sports television networks in the United States of America in 2019 include zero women in lead roles is particularly striking – and troubling – when one considers how those same networks have succeeded in transforming commercial spectactor sports into a cultural force occupying the daily lives of Americans like never before.