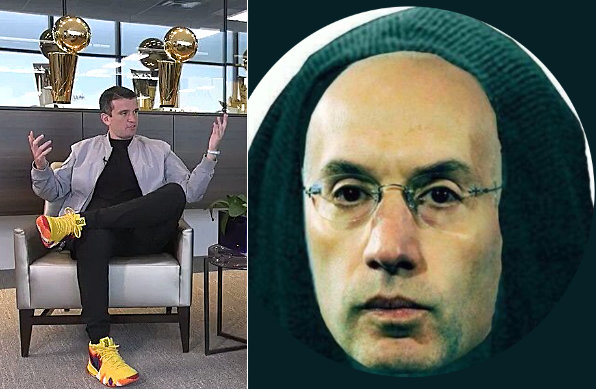 Rob Perez: Senior Producer at The Action Network is Twitter Phenomenon as @WorldWideWob

Who is Rob Perez?

i am never playing dodgeball against LeBron ever pic.twitter.com/Gxwy27UreH

Giannis had enough of Harden’s antics. Hold this. pic.twitter.com/hHyei49bik

And then there’s this.

for the second time in history WE HAVE THE PERFECT 10.0/10.0 BENCH MOB pic.twitter.com/bQ3GeOfQR2

And did I mention this?

You get the idea.

Rob graduated from the University of North Carolina then got into the ticketing business, first with the New Orleans Hornets before storming the shores of the secondary market with his own website. From there he crashed the content biz, kicking in the door at Fox Sports, Cycle, ESPN, with podcast called Buckets and now as a Senior NBA Producer for The Action Network.

Aside from it being a play on your first name, what is the overall inspiration behind your “@WorldWideWob” Twitter moniker?

Rob Perez:
Well you got the “play on your first name” part right — my 5th grade girlfriend couldn’t pronounce the letter ‘R’ properly, it sounded like a W … thus, Wob was born and has just kind of stuck with me ever since.
“WorldWide” is a tribute to the notorious World Wide Wes.
For those who are new to the NBA or too young to remember, World Wide Wes was one of the NBA’s godfather power brokers (at least in my lifetime).
The original Rich Paul.
He always operated in the shadows as the league’s Wizard of Oz, and I always loved him pulling strings behind-the-scenes while simultaneously producing only the tiniest of ripples.
The quietest person in the room is often times the loudest, and nobody embodied this more than that man … and so: WorldWideWob was born.
SbB Question #2:
What is your most memorable interaction with an NBA player?
Rob Perez:
I think it has to be interviewing Kevin Durant during an episode of Buckets in 2018.
This wasn’t just one of those sponsored, two-minute quick-hitters where he was paid to be there.
He was gracious enough to give us 15 minutes of his time and answered all the things the Internet wanted to know, the narratives around his free agency decision, his inspiration for joining the Warriors, explanations for his social media activity, the questions nobody would dare ask him in a press conference media scrum.
Having a genuine, authentic conversation with a guy who was at the peak of his public-perceived Golden State Warriors villainy was something I am not only extremely thankful for, but will never forget.
SbB Question #3:
What is the future of social media and how might that future affect what you do?
Rob Perez:
If I truly knew the answer to this question, I would be working on building the app now instead of writing this email.
I can only speak to my own personal experience and success, that I have always evolved with the technology available to content producers.
It feels like yesterday that Tumblr made its debut — a site that allowed users to … gulp … blog!
What a novel concept, I can finally share my thoughts with the world and not have to know coding or how to make a website through Angelfire.
Like the rest of the world, I started writing articles about the NBA and kept them archived in the event someone with a checkbook ever wanted to see more.
Then Vine became a thing, allowing me to illustrate the things I was talking about. Then Periscope, enabling users to go live to the world on video. I know we take this stuff for granted now in 2019, but, 5 years ago — it just wasn’t even possible.
So what’s next? Seeing the popularity of Twitter Live and live streaming services such as Twitch, I do think the “future” of social media will be the second screen experience.
When you’re watching a basketball game or, honestly, anything on TV … the 18-35 demographic is multitasking on a mobile device, scrolling and/or streaming, viewing “watch party” type shows and/or real-time niche analysis. They want commentary and content in addition to the traditional broadcast because there is just so much happening out there in the world that can’t all be covered by one solo broadcast.
It is only a matter of time until the mainstream audience joins millennials in this method of consumption, whether you’re there before they do is up to you.
Follow Brooks Melchior of Sports by Brooks on Twitter.