SHOOTING THE 3: MIKE FLORIO OF PROFOOTBALLTALK.COM 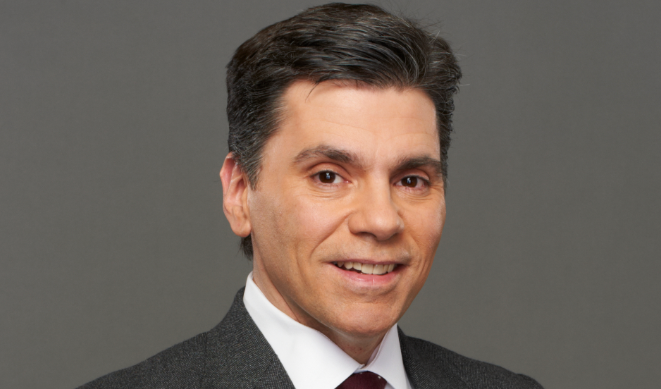 Mike Florio is arguably the most prominent self-made sports media figure in the history of the industry.

Starting with nothing but an internet connection and an unnatural passion for pro football, the unaffiliated, credential-less West Virginian singlehandedly transformed ProFootballTalk.com into the most important independent source of NFL news and opinion that exists today. (No mean feat when one considers that the National Football League has so embedded itself in the daily lives of the majority of Americans as to be physically inescapable.)

Beginning in 2001 Florio went it alone on the text-dominated, blog-formatted website, posting tens of thousands of NFL news items and essays spiced with PFT’s signature mix of informed analysis, foresight and – when applicable – derision.

Seven and a half years into the venture and now boasting a small, plucky group of full-time contributors and a readership numbering in the millions, Florio forged a somewhat reluctant – at least initially – though necessary alliance with NFL broadcast rights holder NBC Sports along with the legacy network’s digital destination NBCSports.com.

Despite that ongoing relationship – which remains as strong as the day Florio signed the first iteration of the deal in NBC Sports President Dick Ebersol‘s office on June 8, 2009 –  Florio and his editorial staffers show no sign of surrendering the independent editorial bent that has for so long defined ProFootballTalk.com.

Along with running the site, Florio, who remarkably owns two engineering degrees from prestigious Carnegie Mellon and a law degree from West Virginia University, is a regular contributor to NBC’s Football Night In America while also hosting PFT Live on NBC Sports Radio (6-9 a.m. ET) and NBCSN-TV (7-11 a.m. ET) weekdays. Currently on a short summer hiatus, the show returns to the airwaves July 29.

You are the most successful self-made sports media figure in history.

How did you do it?

I disagree with the premise. Almost every sports media figure is self-made in one way or another, and there are sports media figures far more successful than me. I’m basically a stowaway, an outsider, a party crasher, a disruptor. I relish that role, and I try to stay true to it, even as the operation becomes more and more “mainstream.”

It’s a challenge, to say the least. It’s human nature to bristle at being criticized, even when the criticism is warranted. The NBC relationship provides an easy pathway for others in the business to complain about the things I sometimes say and write. To NBC’s credit, we always find a way to talk through those issues in a productive and cooperative way, which in most cases makes the broader relationship even stronger.

Now, back to your question. To the extent that I’ve had success in this business, it’s come from a genuine passion for football, a willingness and an ability to work both diligently and efficiently, fairly good instincts as to who’s telling the truth and who isn’t (spoiler: pretty much everyone is almost always lying), a decent understanding of how business and law influence the game, and above all else a willingness to say what needs to be said, regardless of who it may piss off, in the interests of always being honest with the audience.

It’s the audience that makes this thing go. They love football, and they want to enhance their love of the sport by following it in a way that both entertains them and makes them smarter. That’s what I’ve tried to do from the moment I stumbled onto this boat in 2001.

Bottom line: I’ve tried to create and maintain the news outlet that I would visit if I were the consumer. Fortunately, my vision of what I’d want as a consumer matches with what enough other consumers want to allow me to make a good living doing something that isn’t work.

Describe the details of how your deal with NBC came together.

As of January 2009, NBC Sports — a beacon of excellence, prestige, and innovation when it comes to televising sports — had waited too long to develop a strong digital presence. Rick Cordella acquired the reins of NBCSports.com, and he approached me about a partnership. We’d worked together on limited projects in the past, highlighted by the ability of PFT to sell a ton of Rotoworld fantasy football guides. Now, Cordella wanted to go all in.

Hoping to scare him away, I made a big deal about needing to retain full editorial control over the content of the website, something I assumed NBC never would relinquish. I told Rick that if I couldn’t keep full editorial control, we would be wasting each other’s time. He quickly said, “We can live with that.” I softly muttered an expletive and began plotting another way to resist and ultimately reject his overtures.

Then came NFL free agency in late February, and the website traffic demand far outpaced our technical capacity to meet it. It was a Friday, and the site crashed on the morning of what was at the time the busiest traffic day of the year. After an hour or two of panic, we redirected the URL to Sporting News, which had previously expressed an interest in buying the site. Almost instantly, the traffic blew out five Sporting News servers in North Carolina.

Eventually (and not nearly as quickly as I should have), I remembered NBC’s interest in the site, I called Rick (he was on a ski lift), and within 90 minutes or so we had a landing spot at NBCSports.com.

We racked up millions of page views over that weekend and NBC was able to seamlessly and flawlessly deliver, and I realized on the other side of the experience that the options were simple and few: Partner with NBC or spend a crapload of money improving the ability to simultaneously placate hundreds of thousands of visitors.

I still resisted NBC, until it happened again during the week of the draft, in late April.

After NBC saved the day again, talks intensified on a formal arrangement, the verbal deal was done on May 22, the contract was signed in Dick Ebersol’s office on June 8, and the partnership launched on July 1.

The deal has grown (via TV, radio, on-demand video, podcasts) and evolved over the past decade, but at its core it’s still what it was from Day One: NBC has the exclusive license to all PFT content, and the team (which now stands at five full-time writers — Michael David Smith, Charean Williams, Josh Alper, Darin Gantt, and me — and Curtis Crabtree on part-time duty) generates as much content as we possibly can, every day of the year.

Who and/or what is specifically behind Colin Kaepernick not getting a chance to play in the NFL – and why?

At its core, this is all about control.

The NFL wants to fully and completely control its workforce, in all matters and at all times.

Unfortunately for Kaepernick, his gesture made other players aware of their power, and they were willing to use it.

From the moment Kaepernick became a free agent in March of 2017, the whisper campaign began against the Typhoid Mary of an anthem controversy that would become even bigger later that year.

And much of it was bullshit, from the notion that he “opted out” of what otherwise would have been a job with the 49ers (G.M. John Lynch has made it clear that Kaepernick would have been cut by the team if he hadn’t exercised his right to end his contract), to the concerns about his vegan diet (while Tom Brady nibbled on avocado ice cream), to the unfounded worries that Kaepernick doesn’t actually want to play football, to the argument that he was benched for Blaine Gabbert (Kaepernick, when he finally was healthy, sent Gabbert to the bench), to the stunning revisionist history that Kaepernick was never really very good anyway — despite a stellar debut in 2012 that prompted the 49ers to trade Alex Smith, a proclamation from Ron Jaworski in August 2013 that Kaepernick eventually could become the greatest quarterback of all time, and an endorsement from former 49ers coach Jim Harbaugh that Kaepernick remains capable of winning championships, plural.

Now, more than two years after he hasn’t played, the Kaepernick haters believe that the various reasons why he wasn’t signed are all true and accurate, and the Kaepernick supporters have resigned themselves to the reality that, sometimes, the bad guys win.

I’m not saying the NFL generally is the bad guy; the league does plenty of good.

But in this case, there was nothing good about anything the teams collectively or individually did to justify the shunning of Kaepernick for reasons unrelated to football and fully and completely related to reminding all current and future players precisely who their boss is.