SHOOTING THE 3: MARC STEIN OF THE NEW YORK TIMES 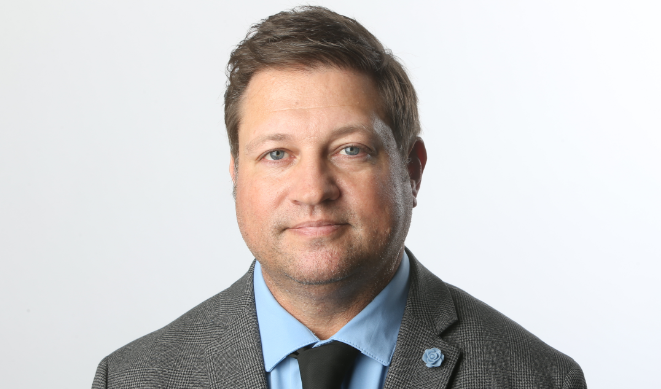 Stein, who will be inducted into the Naismith Basketball Hall of Fame in September, is a pioneering sports journalist who first began covering the NBA in 1989 for the ORANGE COUNTY REGISTER.

In the 1990s, Stein covered the Los Angeles Clippers and Lakers for the LOS ANGELES DAILY NEWS before moving on to the DALLAS MORNING NEWS where he manned the Mavericks beat and served as a national NBA columnist.

After grinding it out for over a decade with mostly print media outlets, in 2000 Stein took ESPN by storm – spending the next 17 years forging the template for today’s multimedia sports journalist.

As a reporter, insider, columnist and social media super-influencer for ESPN-TV, ESPN.com, ESPN Radio and ESPN THE MAGAZINE, among other ESPN platforms and programming vehicles, Stein ascended to the top of the NBA media influence food chain where he remains today as the go-to NBA journalist for the journalism industry’s standard bearer – the NEW YORK TIMES.

In addition to his Hall of Fame NBA journalism career, Stein has long-maintained an active, professional-level interest in soccer and tennis, having covered soccer’s World Cup and tennis’ U.S. Open while co-founding the weekly Soccer Today radio show.

If you were giving advice to an NBA reporter on how to consistently break stories, what would you tell them?

Appreciate your supposition that I have all the answers here, SbB.

I just finished my 26th season covering the NBA and I’m still figuring it out.

Are we talking national reporters? Beat reporters? It’s a complicated thing either way and there is no manual.

You can learn a lot of things in J-School and by working in this profession, but when it comes to source-building, gaining trust, convincing people to tell you things they perhaps shouldn’t be telling you, having enough worthwhile information of your own to throw into the conversation to convince busy people to surrender some of their time to you, breaking through to crack the small sphere of reporters who are granted much of this info, finding at least two credible sources to confirm any story and doing all of that before anyone else does — there’s a LOT to it.

And the over-the-top focus these days on breaking stories that are going to be announced anyway often leads to dangerous rushing.

My best advice: Focus on good storytelling. Do the best and most thorough storytelling you possibly can on whatever you happen to be covering and hopefully it sprouts from there to success on the various fronts I’ve listed.

Who is the most unfairly criticized current NBA superstar and why?

Don’t think we can classify him as a superstar anymore but I have not enjoyed watching Carmelo Anthony essentially get hounded out of the league.

Some of it is certainly on Melo and his slow adaptation to the modern NBA, but he has always been an up-front guy and deserved better in Houston from my seat.

Perhaps you were expecting me to nominate someone else, but in general our criticism of NBA superstars is routinely excessive and has clearly contributed to the whole “teaming up” thing that has turned off some fans.

Stars who don’t have rings — or who possess what some deem an insufficient amount of rings — take more heat than many of their counterparts in other sports.

It’s one of the reasons great players so often want to play together — they want to mitigate some of that heat burden in these only-rings-matter times.

James Harden and Russell Westbrook just showed us that yet again.

As a renowned aficionado of The Beautiful Game, what does the U.S. men’s soccer program have to do to produce a perennial World Cup contender?

Although I’m not as well-positioned as I used to be to answer this one, like I might have been when I was co-hosting a weekly soccer show in Dallas for nearly six years, what I can say without hesitation is that my two favorite sports besides hoop — soccer and tennis — suffer from the same problem.

It’s ridiculously expensive for kids to play those sports, which means that there are potentially great players out there who never get exposed to the game because they’re priced so far out of opportunity. It’s disappointing, disheartening and, frankly, dumb. More kids deserve to be exposed to these wonderful sports.

I don’t know how many more years it will take before we can talk about “perennial contender” status, since that’s a stratosphere typically reserved for the Brazils and Germanys and still out of reach for a number of so-called “soccer” nations ahead of us, but I also strongly believe that more of our best players have to follow the Christian Pulisic/Weston McKennie model and get to top clubs abroad as quickly as they can.

Jurgen Klinsmann did a lot of things wrong in his tenure as the U.S. men’s national team boss, but I strongly co-signed the way he pushed players to go work and live in a true soccer culture to grow their games. If you haven’t been abroad to see how much soccer matters in many countries — several notches above any other sport — it’s hard to understand it. Yet I firmly believe that it helps not only on the skill front but also in character-building to be in that sort of environment.

Of course, as we often found in our “Soccer Today” debates on the matter on 103.3 FM (in Dallas), it’s so easy as fans of the men’s national team to keep our red, white and blue goggles on and expect players to do what outsiders think they should do purely for the good of the USMNT.

That’s obviously not the way it works in real life.

Plying my trade in Europe would be a dream life for yours truly — but it’s not necessarily the fairy tale we imagine it to be for Americans abroad.