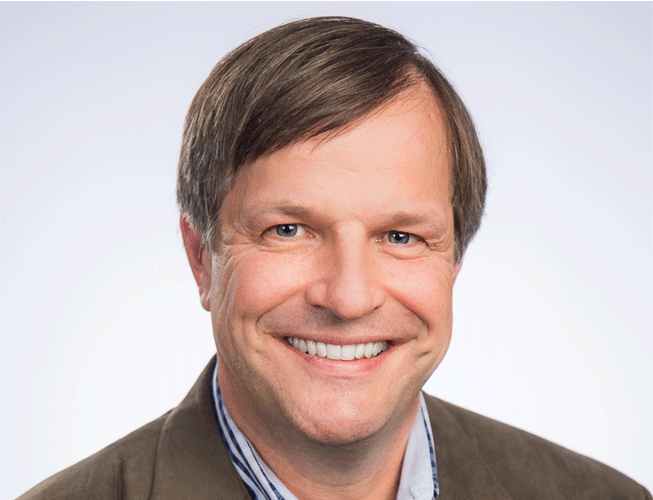 Ourand is the gold standard of sports business reporters and is one of the most-read and influential journalists in the sports media industry.

His daily and weekly reporting – which emanates from a variety of platforms and includes a newly-launched newsletter – is consumed by virtually every top sports media executive connected to the business of commercial spectator sports.

Ourand, who has been pushing out relevant, oft-breaking sports media and business news with maddening consistency since he joined SportsBusiness Journal in 2006, focuses much of his current reporting on the most important sector in the sports business industry: live sports broadcast rights.

Cash-rich Apple is launching a new streaming service that includes original programming. What is the chance that Apple will bolster that service by acquiring the broadcast rights to high-profile sporting events? To this point, what has prevented Apple and other tech goliaths like Amazon, Google and Facebook from aggressively pursuing such rights?

I am skeptical that these digital companies will bid serious money during the next period of sports media negotiations. They may wind up with a small package here or there. But it seems unlikely that something like “Monday Night Football” or NHL playoff games will move exclusively to a digital company.

Apple and Netflix executives have been open about their lack of desire to bid on sports rights. Facebook pared back its MLB deal this year. Google has not been particularly active so far.

The wild card is Amazon, which already has an NFL deal, some interesting international deals and deep pockets.

My guess is that any digital company that really wants to be involved with sports will partner with a network to get it done.

Or, because these companies are big enough, they could simply buy an existing network.

Word is that Apple executives had talked internally about buying Disney a few years ago — talks that went nowhere. But such a deal would have given Apple ownership of ESPN and instantly made them a serious player in sports media.

Sports TV stations have moved away from breaking sports news because there is too much competition from iPhones, etc. Nobody waits for the highlight or sports news on TV anymore when they can call them up almost instantly.

I view gambling programming the same way. I find it difficult to believe that hardcore gamblers will watch a gambling show on ESPN or Fox. That’s how networks are treating gambling-related shows today.

For the most part, they are producing studio shows with big personalities geared toward the casual or non-bettors. Gambling programming will evolve. But I don’t expect mainstream TV networks to start producing gambling shows that attracts a hard-core betting audience.

What impact does an announcing team have when it comes to the actual ratings and bottom line revenue of a live sports broadcast?

That’s not just my opinion. It’s the opinion of virtually every sports media executive I’ve contacted.

There is a small list of announcers — John Madden and Tony Romo are two — who will keep viewers tuned into games longer. But I’ve never seen any evidence that people pick games to watch based on the announcer.

On the other hand, people are more apt to turn off the TV if they are not invested in the teams and the announcers are not so good, which means that networks can’t go cheap when hiring for the booth.

What is DAZN’s long-term content strategy in the United States – and who is the individual(s) behind it?

DAZN’s long-term strategy is to expand global markets — it already has a healthy business in Germany, Italy, Japan. In the United States, DAZN is content to wait until it can bid on big-time sports rights, then they will aggressively try to convince leagues to sell streaming rights to the pay service.

John Skipper, who is running DAZN signed a 3 year/$300 million deal for an MLB whiparound show.

At an SBJ conference earlier this month, he said that deal was “pretty clearly intended to send a signal that we’re interested in the major sports in this country. They don’t happen to have their live events available, but we basically hung up a sign for that show.”