SHOOTING THE 3: DARREN ROVELL OF THE ACTION NETWORK 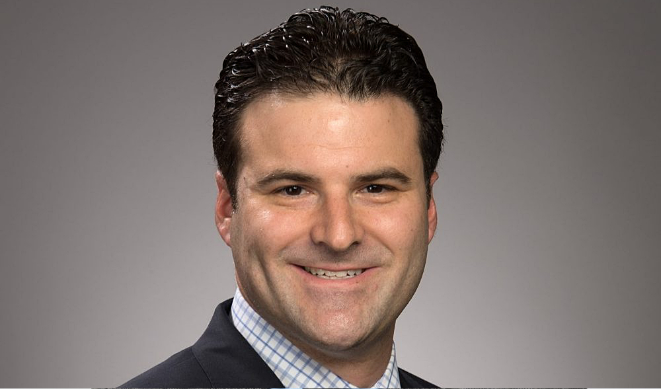 Darren Rovell was our first-ever interview on SportsbyBrooks.com, so it’s about time we dropped in on him again.

Rovell is no stranger to anyone on Twitter, having built a massive following thanks to a relentless content presentation on his timeline that – at times – boggles the mind.

Darren, quite literally, invented the job of electronic sports business reporter and through his high-profile reportage for ESPN and CNBC helped elevate entire industries – like Esports, sports memorabilia, eating contests and sports gambling – into the mainstream of American life.

Describe your personal and professional background.

I got into the business in 2000 shortly after graduating from Northwestern.

From 2000-06 I worked at ESPN as their sports business reporter, then went to CNBC to do the same job, essentially going from being the nerd at the sports network to the cool guy at the business network.

I worked at CNBC until 2012 and then returned to ESPN and stayed through 2018.

With the future growth of sports gambling in mind, I’ve since joined The Action Network as a reporter and investor.

What factors played the biggest role in your amassing two million Twitter followers – and do conditions still exist on Twitter for a similarly situated individual to build such a large following?

To be honest, speed to platform probably got me a huge boost.

I was on in early 2009, when journalists hadn’t yet really seen the benefit yet.

But I also feel like being good at the medium, taking on the hate, embracing it and not letting it stop me, got me to two million.

On your second question, the answer is no.

You cant organically grow from zero to two million today unless you are Tom Brady.

People who are on it are on it.

If you were giving a Twitter user advice on what to Tweet and what not to Tweet, what guidelines would you lay out for that person?

I actually answered that question in 2011 with an article I wrote for CNBC.com called, “100 Twitter rules to live by.” 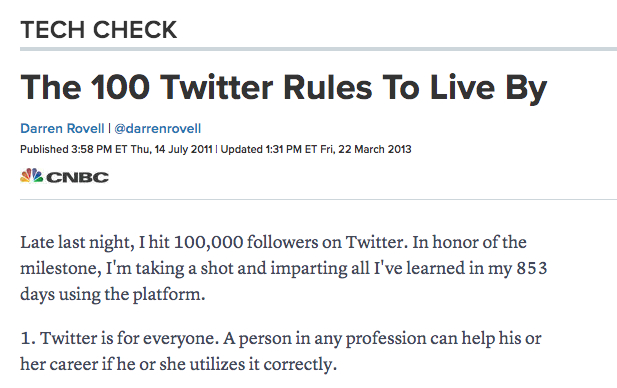 There are a couple of those rules I would now take off and a couple I would add.

I’ve learned from some very public mistakes to be extra careful when Tweeting about politics, race and religion and when making judgments about people.

Twitter is a news platform for the most part. Just remember that.

But there is a lot of hate on Twitter.

My advice is it’s worth it to stand in and take the hate because it means you had a take that touched people.

What you don’t want to be is a person who fans lack passion for.

Then you are in no man’s land and less valuable.

I’ve stood in there and been able to enjoy the platform.