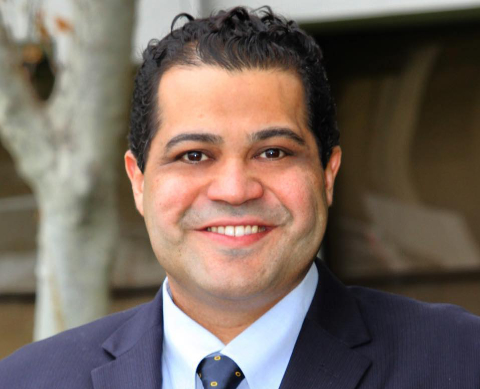 Arash Markazi is a sports columnist for the Los Angeles Times, having formerly served as a senior writer at ESPN for nine years and a staff writer and columnist at Sports Illustrated for five years.

After graduating from Notre Dame High School in Sherman Oaks, Calif., Markazi attended the Walter Cronkite School of Journalism at Arizona State University and later the Annenberg School for Communication & Journalism at USC.

While at USC, he wrote a regular column for the DAILY TROJAN student newspaper and upon graduation, was hired by Sports Illustrated. At SI, Markazi wrote a weekly column for SI.com while contributing profiles of a wide array of sports figures.

After five years at Sports Illustrated, Markazi joined ESPN to help launch ESPNLA.com in 2009 before making the jump to his dream job as a sports columnist for the Los Angeles Times in 2019.

Markazi’s Page 2 column in the Times runs every Tuesday, Thursday and Sunday.

After high-profile journalism stints with national outlets ESPN and Sports Illustrated, what caused you to take the plunge with the Los Angeles Times?

If you had asked me what my dream job was as a kid, I would have told you I wanted to be the starting point guard for the Los Angeles Lakers just like Magic Johnson. I fully expected to grow up to be a 6-foot-9, 215-pound wizard on the court.

At some point during my childhood, however, someone pointed out to me that my mom is a shade under five feet and my dad is a shade over five feet and, well, maybe I should start thinking about alternate career aspirations.

We got the Los Angeles Times every morning and as much as I loved watching the Lakers and Dodgers, I looked forward to reading what Jim Murray and Allan Malamud had written about them just as much. So at 12 years old my dream job shifted to being a sports columnist for the Los Angeles Times.

While that may have been a physically more realistic dream, it didn’t seem like a very likely job for the son of two Iranian immigrants who moved to Los Angeles before my first birthday during the Iran hostage crisis.

I didn’t see anyone who looked like me or had a name like mine in the sports section. But a kid needs to have a dream job when he’s invariably asked that question by adults and that was mine.

While the newspaper industry has certainly changed since I was a kid growing up in L.A., my dream never changed and when I was offered my dream job earlier this year, I jumped at the opportunity.

It has been an amazing experience during an incredible time of growth and change for The Times since it returned to local ownership under Dr. Patrick Soon-Shiong.

One of his priorities when he bought the Los Angeles Times was to make it the “sports paper of the nation” and I feel honored to be a part of this talented staff. It’s not every day you get to live out your childhood dream.

Your Twitter following seems to be particularly active when it comes to responding to your Tweets via Likes, Retweets and comments. Why do you think that is?

I think people like the fact that I engage with them on Twitter and I’m open book when it comes to my life.

I’ve talked openly about struggling with my weight for years and my recent journey towards losing 115 pounds. So it’s not all about sports.

They get to know me as a person.

I like to answer questions and go back and forth with followers, sometimes to my detriment perhaps but I’d rather connect with them than tweet something out and just ignore them.

Some people are still surprised when I respond to their tweets but the truth is I read most tweets and messages that people send me on social media. I know I’d want someone acknowledging me if I took time out to write them.

Who is the most underrated person in terms of influence in the Los Angeles sports scene – and why?

I don’t think he’s necessarily underrated but Phillip Anschutz lives in Denver and almost never does interviews so most fans don’t know him or know much about him but he wields more power than just about anyone else in the Los Angeles sports scene.

He owns stakes in the Los Angeles Lakers and Los Angeles Kings as well as Staples Center and L.A. Live across the street.

He also owns the Coachella Valley Music and Arts Festival, which has been a melting pot for athletes, celebrities and musicians over the years. But my guess is if Anschutz walked by most fans today, they wouldn’t recognize him.