SHOOTING THE 3: ANDREW MARCHAND OF THE NEW YORK POST 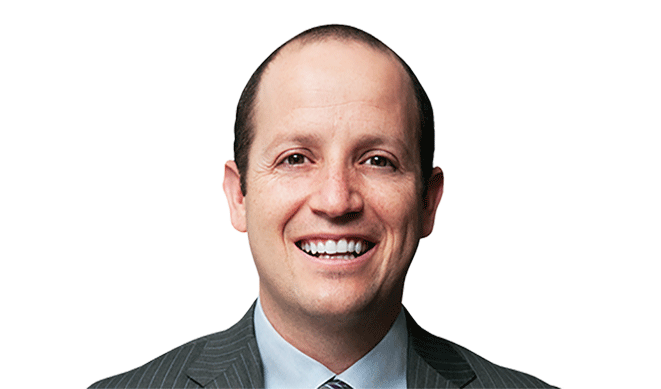 Marchand began his career reporting for small newspapers in Texas before being hired by the Post when he was 23.

After nine years at the Post, Marchand was persuaded in 2007 to make the jump to ESPN.

While at the four-letter network, Marchand’s role continually expanded and he eventually became a senior writer for ESPN.com, with his main focus on the New York Yankees.

During the Alex Rodriguez saga, Marchand was a constant presence on ESPN television, radio and online, with that coverage highlighted in part by Yankees General Manager Brian Cashman telling Marchand that A-Rod should, “Shut the f–k up.”

In 2017, Marchand elected to return to his roots and rejoin the NEW YORK POST as a columnist focusing on sports media, the latter subject of which he told us this week he was, “most passionate about.“

How did that story originate and why do you continue to pursue it?

Mike & the Mad Dog is an iconic New York radio team so Francesa and Chris Russo are always going to be of interest to Post readers.

When I began back at The Post in Feb., 2018, Francesa had just “retired” from WFAN, but said he would work again. So I pursued the story.

In doing so, I discovered some notable things about the situation – so I obtained Mike’s number and called him.

It was an interesting 20-minute conversation, highlighted by him saying, “You should write, ‘You, Andrew Marchand, don’t know what I’m planning.'”

I did another follow-up and then broke the story that he was on the verge of returning to WFAN.

We had the story ready to go and then, right before we published, I called him.

Mike picked up and when I asked him if he was returning to WFAN, he was silent for a moment. (That doesn’t happen often.)

When he returned to WFAN, Mike claimed it was the only way that he could start his own paid-app. (That doesn’t really add up, but okay.)

I began writing about Francesa’s app and spoke a few times about it on Jimmy Traina’s SPORTS ILLUSTRATED Media podcast.

When Francesa finally launched the app with a limited content offering at $8.99 per month, I wrote a column saying it was hard to see many people subscribing.

Since Francesa’s app numbers are proprietary, the only way to access them – and Mike could just release accurate numbers – is if they were leaked.

I have repeatedly said and written that there is no way of knowing the exact number of subscribers to the app though Francesa has apparently been told inaccurate information about my reporting.

After an episode in which Mike criticized me on-air, upon his invitation, I went down to the station – but he wasn’t there.

In terms of pursuing the story, we’re not talking about the Pentagon Papers, but it would be interesting to find out the number of subscribers to Francesa’s app.

Describe the process of how you establish and maintain an anonymous source.

I think the most important aspect of reporting is to be honest and fair with people.

I don’t do deals with anyone.

My loyalties are to whom I work for, which is The Post and its readers.

I can’t get totally into sourcing, but I would say assumptions about my sources are generally wrong.

Not always. But generally.

P.R. people are constantly guessing on sources and 90 percent of the time they are inaccurate.

When you develop relationships with people, you learn if you can trust them or not. It is a two-way street.

If someone is honest with me over a negative story then I know if I call them before publishing and they tell me I have something wrong, I can believe them.

Take us inside the New York Post and describe how things have changed at your newspaper from your first day on the job to today – in general and from your own day-to-day perspective.

I’m lucky that the sports editor, Chris Shaw, had the faith in me, after not covering sports media for more than a decade, to give me this position.

On a daily basis, I mostly communicate with our associate sports editor Mark Hale, and he knows what I’m working on.

Sometimes I develop stories over a long period time and, of course, sometimes stories can happen very quickly.

The big difference in the paper from the time I left for ESPN in 2007 until now is that we are much more digitally focused.

Are eight-figure annual salaries for Tony Romo and Stephen A. Smith outliers or is that sort of compensation model for sports media talent here to stay?

Let’s hope so. It is good for most everyone.

But, in all seriousness, these are outliers.

It will be interesting to see what Romo ends up with, as, even though CBS is the favorite to retain him, he is not giving them any home network discount.

Anyone who says otherwise is misinformed.

If CBS keeps him, it will be because they pay up.

As for Smith, love him or hate him, he is valued by ESPN.

Why? No. 1, he can draw a direct line from ESPN’s ratings and revenue to himself.

If you can do that, you have some leverage in this business.

Smith also is on everywhere – radio, TV, online – and, though he is a star, he works hard.

So no, I don’t think this is the norm, but for the people that break through, there could be these types of salaries.

And, I have only reported that Smith is in the $5 million range right now, but executives and agents I spoke with think he can get $8-$10M.

If I were asked to predict, I think he ends up at $9M per year.

Meanwhile, Romo is in the $3M range, but will shoot for double digits.

I think there is a very good chance he beats John Madden’s record of $8M per year.