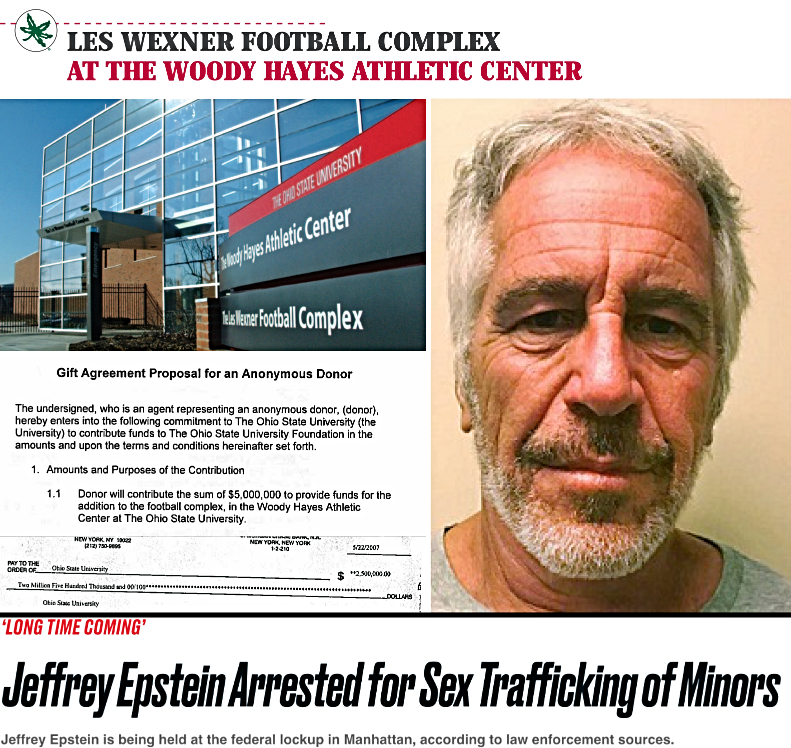 Though his association with the inner workings of Buckeye football has gone almost completely unreported in the mainstream sports media, multiple sources inside and outside of the school’s football program have over the years revealed to SportsbyBrooks.com that Wexner was personally involved in the hiring and firing of recent Ohio State head football coaches and that last year his wife Abigail, who is currently the Vice Chair of the Ohio State University Board of Trustees, was a driving force behind the three-game suspension of then-head coach Urban Meyer.

That Les Wexner’s profound influence on the on-field fortunes of Buckeye football has gone all but unreported in the press for decades might seem ironic considering Wexner was a primary financial benefactor of the most recent 2007 renovation of a Ohio State football complex that is named after him. (The Les Wexner Football Complex.)

But in lieu of recent events, Wexner’s possible desire to keep the machinations behind the funding of the facility – and more specifically the naming of the complex – opaque is now beyond understandable.

Here is an excerpt from an official statement posted on the official Ohio State University website yesterday:

the COUQ Foundation, which is reported to be Epstein’s private foundation, anonymously donated $2.5 million to the university in May 2007. The Leslie H. Wexner Charitable Fund made an additional $2.5 million gift in 2007. Together, those gifts were applied to the naming of the Les Wexner Football Complex.

A copy of the anonymous donation agreement – replete with canceled checks – was linked to the official Ohio State statement.

Epstein’s close personal and professional relationship with Wexner reportedly dates to the 1980s.

In 2011, Wexner transferred his ownership of a Manhattan mansion now worth $77 million to a U.S. Virgin Islands-based company owned by Epstein. Prior to the transfer, Epstein purportedly operated an investment firm in which Wexner was his sole client.