As he prepared to hit in the visiting team’s on-deck circle at Dodger Stadium on Thursday, July 4, 2019, former Los Angeles Dodgers infielder Manny Machado was 86 games into a 10-year, $300M contract with the San Diego Padres. 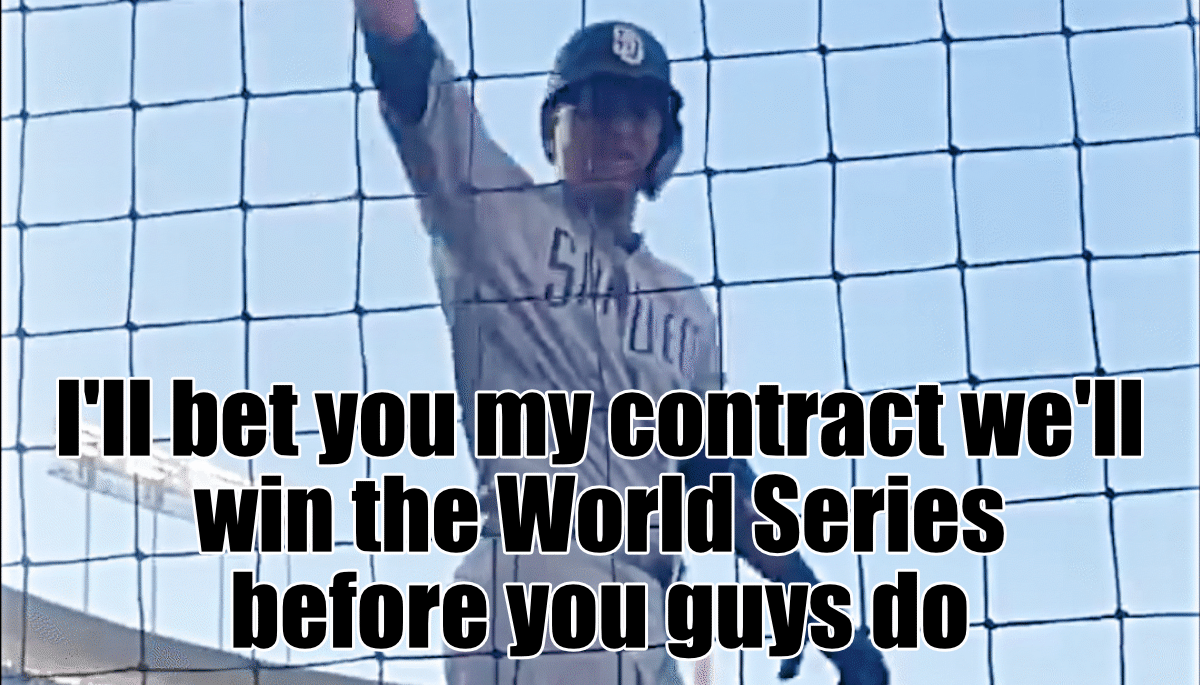 It was at that time that a Dodger fan – armed with the obligatory cellphone cam – piped up from a front row seat to “congratulate” Machado on his new contract – while being so kind as to remind the former Dodger that as penance for his decade-long commitment to the Padres he now could look forward to 10 consecutive playoff-free Octobers.

And, as you might’ve guessed, we were all soon blessed with video of the strangely amiable exchange thanks to this Tweet from Twitter user @mosheL451:

#mannymachado we out here much respect but that’s a dangerous bet 💀💀💀💀💀💀💀 @espn @barstoolsports pic.twitter.com/sqbBSNmDmA

Sports by Brooks took the liberty of enhancing the audio and video – if you want to call it that – along with providing you, the breathless reader, with a full transcript of the noteworthy, meme-generating moment:

Anonymous Dodger fan: “Manny, congrats. With that big of a contract, you’ve got ten Octobers off now. Ten straight Octobers off. Come on, you could’ve had it all with L.A.“

Machado: “I’ll bet you my contract we’ll win the World Series before you guys do.”

With his 10-year, $300M imaginary World Series bet, we’d like to thank Machado for his generosity in creating what might just be the first known instance of an intergenerational meme.