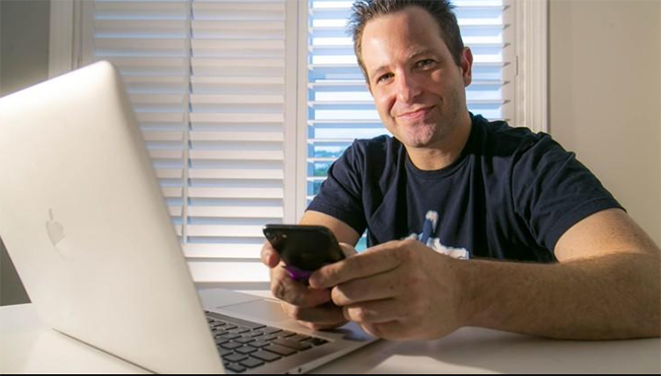 If you're reading this, odds are you enjoy talking and, perhaps, writing about sports. And if you write and/or talk about sports, you know that to do so without making an occasional bold prediction is almost physically impossible.

Enter Fred Segal, an attorney from South Florida, who has created a widely-followed Twitter account based on the aforementioned, nearly irresistible predilection.

Segal, who graduated from the University of Florida in 2003 and Nova Southeastern University Law School in 2007, began memorializing particularly unfortunate sports predications by mostly media members in 2015 via a Twitter.com account he calls Freezing Cold Takes.

Fred was full-time practicing attorney specializing in Health Care Transactions until 2018, when he turned his Twitter-based venture into a professional endeavor.

I had always been an avid Twitter user for sports news and I began to notice that many journalists and TV people would tout their takes and predictions that turned out to be accurate, and fail to mention the ones that turned out wrong.

I have a pretty good memory and remember many bold statements tweeted by the media, especially about my favorite teams.

I figured it would be a fun exercise to create Freezing Cold Takes.

I never expected it to become a big thing. I just thought it would be a device to troll people every so often for fun.

Maybe if I thought the feed would blow up, I would have done it differently, but at the time it was the farthest thing from my mind.

Since you started the account, what is the coldest take of all-time?

This is a very difficult question.

I have seen my fair share of regrettable takes since I started the feed, but if I have to boil it down to one, I will go with Ian O’Connor’s article from January 2000 right after Bill Belichick was hired by New England as head coach which featured the headline “Patriots will regret hiring Belichick."

It’s been shared so much that it is old and tired and O’Connor has actually talked about it in detail.

At the time, it didn’t sound that terrible.

In 1996, Belichick had been fired by the Browns organization just as they were moving to Baltimore, and he had quit on the Jets after one day on the job just weeks before the Patriots hired him in 2000.

Nevertheless, fair or not, given Belichick’s success with the Patriots it still stands out the most for me.

If you have to pick the coldest take artist in media, who would it be and why?

This is another very difficult question and it’s not exactly fair for me to make an official determination because of the manner in which the takes are covered.

For instance, Fox Sports’ social media team packages sound bites and quotes of the hot takes made by their personalities significantly more than any other outlet.

ESPN does it a lot but not as frequently.

Since I can’t watch every show and track every quote, some ESPN folks’ takes probably slip through the cracks more often.

On paper, in a vacuum, Skip Bayless probably is the biggest cold take artist, but I often don’t use him on my feed because it is too easy and the genuineness of his takes are questioned by mostly everyone.

It’s not just how wrong many of Francesa’s takes are that makes it hilarious, it is also the fact that he delivers the takes with such confidence and surety.

In addition, many times @BackAftaThis will post a follow up from Francesa’s show the day after a prediction officially turned out to be wrong and he will vociferously deny that he ever made the prediction in the first place.

If so, what reason was cited in asking you not to expose their cold take?

I don’t think I’ve ever had that kind of request before, but I have had media folks try to defend their takes in my DMs. I’ve also had some send me their media colleagues bad takes in confidence and ask me to post them.

When I first started the feed, many of the media folks would block me after I posted their takes. When the feed grew, it started happening less and less.