Fresh of landing a 13-year, $330-million contract with the Philadelphia Phillies for baseball free agent Bryce Harper, player agent Scott Boras appeared on San Francisco radio station KNBR this morning to discuss a wide array of subjects, including what may have tipped the scales against the ex-Nationals slugger signing with the Giants or Los Angeles Dodgers. 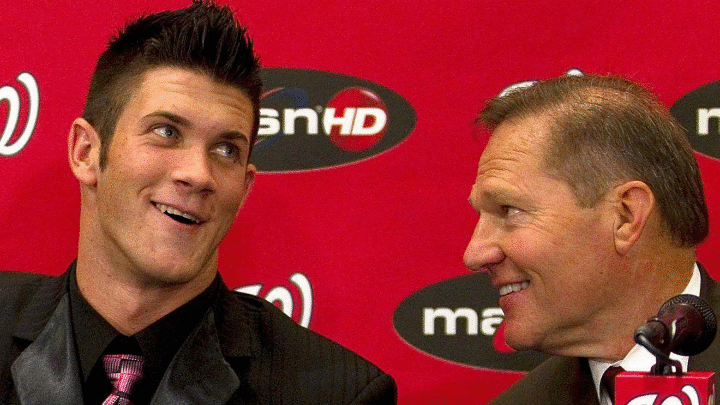 During an interview with KNBR host Larry Krueger which lasted nearly 30 minutes, an expansive Boras made clear that the California personal income tax rate was a factor in the evaluation process that ultimately led Harper to spurn the Dodgers and Giants in favor of Pennsylvania’s Phillies.

“In a negotiation you try to put forth what Bryce’s needs and wants were, and certainly the Giants took some great steps to look at that. It’s difficult for a California team because of the tax issues when you’re doing valuations and you’re in competition with a team that has much more valued tax elements. There are economics involved.”

California’s personal income tax rate currently stands at 13.3% while Pennsylvania’s is more than ten percent lower, checking in at 3.07%.

While taxes may have been a consideration at some point during the evaluation of teams by Harper and Boras, in the end the Dodgers reportedly failed to make Harper an offer while the reported deal extended by the Giants was for three years less and $20 million short of the pact Harper eventually signed with the Phillies.