In the aftermath of Vasyl Lomachenko adding to his reputation as the pound-for-pound baddest man on the planet with a devastating knockout of Anthony Crolla on Friday, ESPN boxing analyst Teddy Atlas and boxing’s most enduring kingmaker, promoter Bob Arum of Top Rank Boxing, weighed in on the possibility of Lomachenko facing Mikey Garcia in the future. 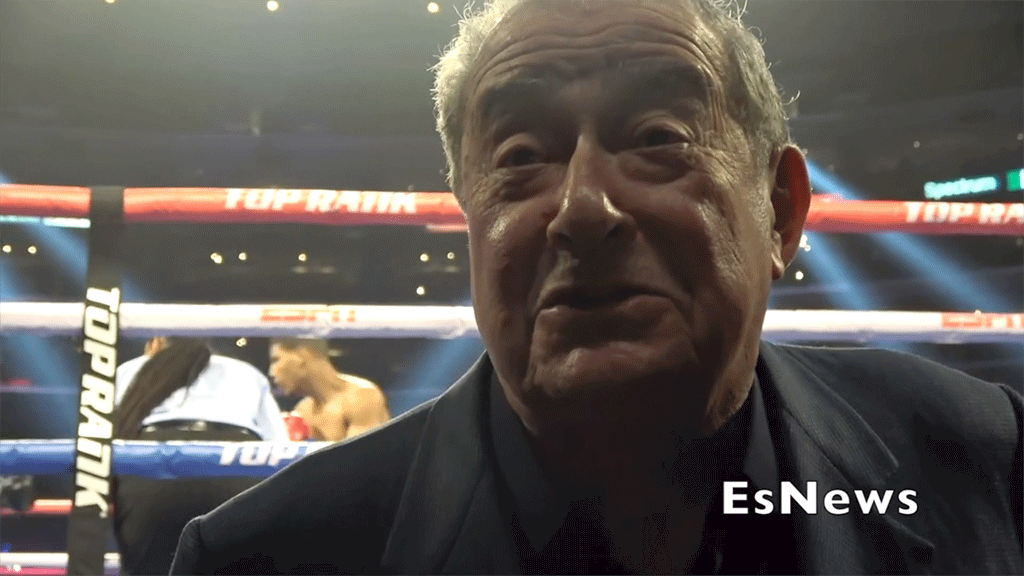 From an ESPN studio set in Bristol, CT., immediately after the Loma-Crolla beatdown, Atlas was asked by ESPN host Kevin Connors, “who would you like to see Loma fight?”

“Look, they were talking about Mikey Garcia at 140, but that fight’s gone now. Spence destroyed him (Garcia). So the luster is off that one. (Lomachenko-Garcia fight.)“

At the same time Atlas was questioning whether Garcia would be worth Lomachenko’s time, the man most responsible for deciding who the Ukrainian fights next, Arum, was holding court with reporters ringside.

When presented the possibility of a Lomachenko-Garcia fight by Fox Sports Boxing Insider Mike Coppinger, Arum never hesitated in endorsing the prospect while also colorfully dismissing the possibility that “bad blood” between Garcia and Arum’s Top Rank organization might nix such a matchup.

“How would you do that with all the bad blood?”

“F— bad blood! What, are you nuts? Bad blood is for you writers.

“For me, I’m a promoter, it’s (all about) the Benjamins for christ sake!

“It’s a big fight, it’s a fight everybody wants.

“I don’t have to love the guy and indeed I will sort of take a lot of joy in Loma beating the s— out of him. (Garcia.)”

Arum may or may not learn of Teddy’s rather exceptional sentiments but if he does, we’re placing our bets on Bob’s response being, “F— luster!“