In 2018, his first season as Arkansas head football coach, Chad Morris led the Razorbacks to their first 10-loss season in 113 years of University of Arkansas football. 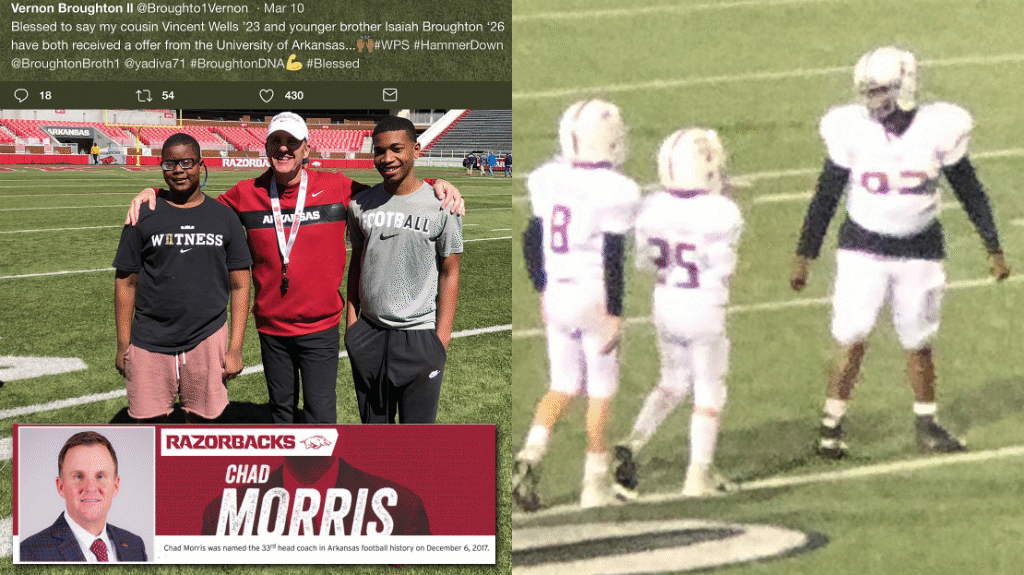 But 2019 is a whole new ballgame for Morris and thanks to another Arkansas football first on his watch, help may soon be on the way to Fayetteville.

On Sunday, thanks to Twitter, Razorback football fans learned that Morris had become the first head coach in 113 years of Arkansas football to offer a football scholarship to a fifth grader, Isaiah Broughton of Houston. 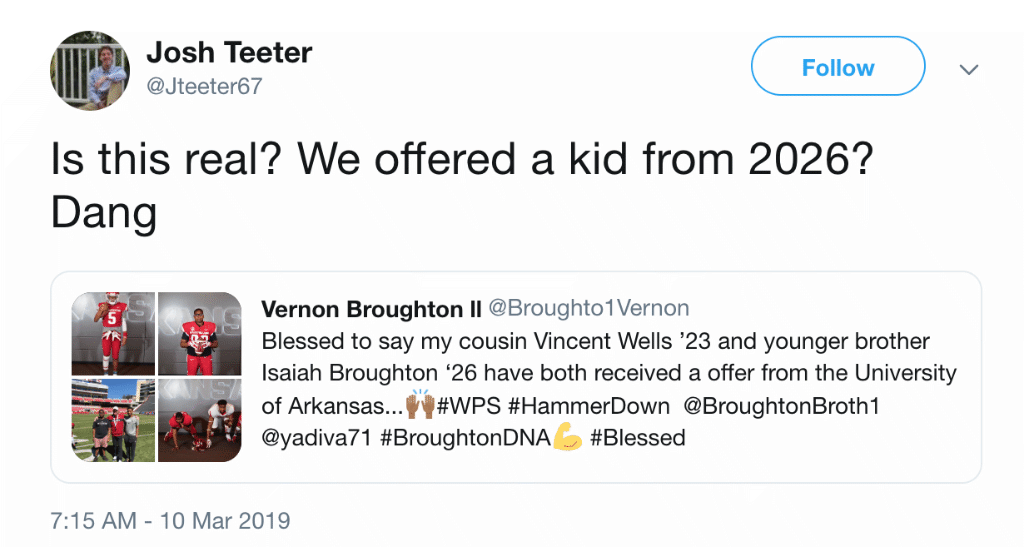 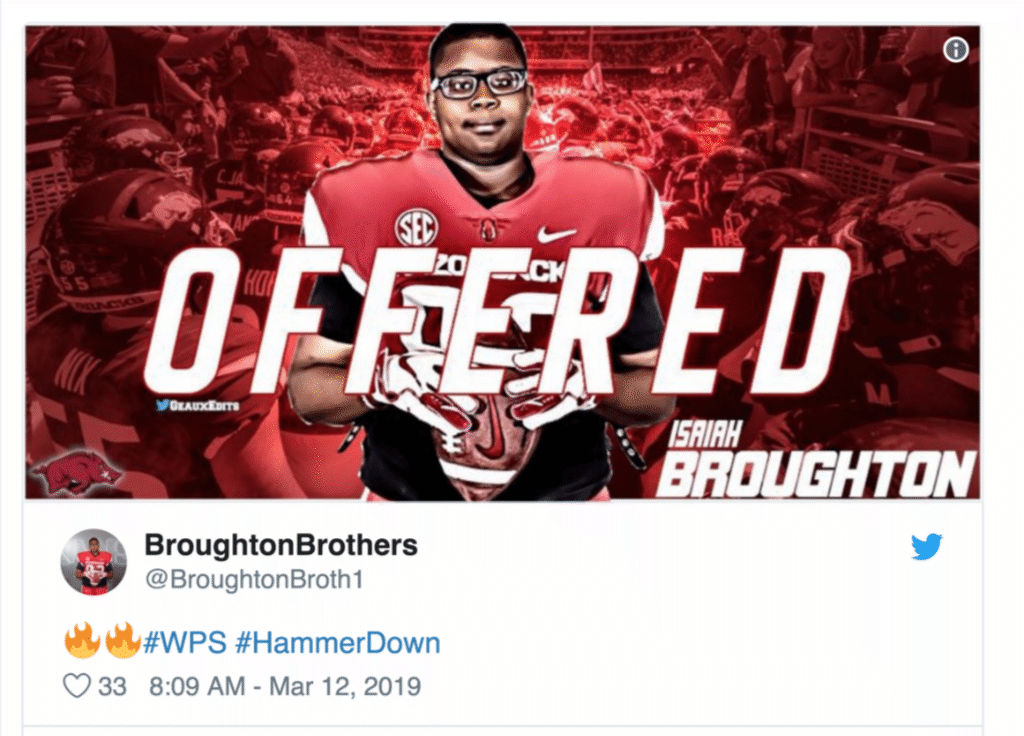 Did we mention that during the same visit Morris also offered a scholarship to Isaiah’s eighth grader cousin, Vincent Wells?

Blessed to say my cousin Vincent Wells ’23 and younger brother Isaiah Broughton ‘26 have both received a offer from the University of Arkansas…🙌🏾#WPS #HammerDown @BroughtonBroth1 @yadiva71 #BroughtonDNA💪 #Blessed pic.twitter.com/m3qWjPnMaH

Blessed to receive a offer from the University of Arkansas…❕❗️#WPS #HammerDown 🐗 pic.twitter.com/dOeoOcMscZ

Despite a Southeastern Conference head football coach offering the promise of a football scholarship, Isaiah Broughton has not yet verbally committed to Arkansas nor does it appear that he plans to do so anytime soon.

Along with posting the news of the offer from Morris, Isaiah also recently Tweeted out a video that features highlights of his football-playing ability – perhaps indicating that he views the Arkansas offer as only the beginning of his recruitment.

New Release🔥🔥 …Check out my 2k18 football season highlights‼️ Had to play up due to the weight limit🙌🏾/#185lbs👍🏾 pic.twitter.com/cXX3dNI5gl

Though it must be comforting for the 5th grader to know that even if all his other football options fall through and his brother Vernon, who is currently one of the most sought-after high school football recruits in the country, blows off Arkansas to sign with Texas or Oklahoma, Isaiah can still very much count on Chad Morris being at the University of Arkansas in 2026 to honor a scholarship offer made in 2019.